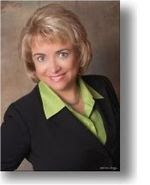 There are many improvements that need to be made in post-marketing surveillance of existing and new vaccines by the FDA and CDC. There is an urgent need for much better follow-up of vaccine injury and death reports by health officials, who do not unscientifically and dangerously assume “coincidence” rather than assuming potential causation in the absence of a better explanation. A person is less likely to assume “coincidence” if his or her sole job is to monitor vaccines for safety rather than also be charged with developing, regulating and promoting vaccine mandates.
As far as vaccine mandates go, the National Vaccine Information Center has been on the record since 1982 as opposing forced vaccine use in the U.S. because we defend the ethical principle of informed consent to medical risk taking. The human right to voluntarily decide what you are willing to risk your life and your child’s life for when it comes to medical interventions and use of pharmaceutical products, like vaccines, must be protected at all costs. Every state public health law should provide non-medical vaccine exemptions, including the religious and conscientious belief exemption, without restrictions or sanctions imposed on anyone taking vaccine exemptions.
The freedom to make voluntary vaccine choices in America serves as a counterweight to theunlimited profit-making by multi-national pharmaceutical corporations exploiting the lucrative, liability-free vaccine mandates that exist in ours, the third largest nation in the world. Freedom of choice also places limits on the power of doctors, who are employed by government health agencies, to force citizens to use an unlimited number of vaccines without any accountability for the potential harm those vaccines are doing to children and adults, who are never counted in the vaccine benefit-risk analyses published by government health agencies promoting “no exceptions” vaccine mandates.
I urge every parent, who wants to protect the legal right to make vaccine choices, to become a user of NVIC’s free online Advocacy Portal http://www.nvicadvocacy.org/and get involved in defending non-medical vaccine exemptions in state public health laws
Posted by Jagannath Chatterjee at 1:00 AM