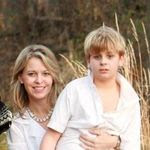 http://www.ageofautism.com/2012/10/canary-party-responds-to-brian-deer-rebuttal.html?utm_source=feedburner&utm_medium=email&utm_campaign=Feed%3A+ageofautism+%28AGE+OF+AUTISM%29
When Brian Deer was introduced at the University of Wisconsin La Crosse earlier this month to give his version of events in the Wakefield/MMR controversy,  the audience was told, "There is no debate.”   That statement was swiftly refuted by WKTV news whose top story was: "Vaccine-Autism Debate Reaches La Crosse," (See video here.)    Among the many vaccine safety advocates who had contacted university officials was Jennifer VanDerHorst-Larson, President of the Canary Party and mother to a child with regressive autism, triggered by vaccines.  Her e-mail, critical of Deer,  was also sent to Canary Party's 5,000 members. Deer posted a response to her on his personal website, and VanDerHorst-Larson has now answered him in an e-mail to the more than 30 sponsors of  Deer's lectures at La Crosse. Her hope is to enlighten the La Crosse community and others about the side of the controversy the media does not report. In the latest installment of the debate, it looks like Deer is caught the headlights. Her response, running on the Canary Party website is below:

Why you should avoid taking vaccines.


WHY YOU SHOULD AVOID TAKING VACCINES

For the complete article please go to:
http://www.newswithviews.com/Howenstine/james.htm

Dr. James R. Shannon, former director of the National institute of health declared, "the only safe vaccine is one that is never used."

For the complete article please go to:
http://www.newswithviews.com/Howenstine/james.htm

The Arthur Research Foundation in Tucson, Arizona estimates that up to 60 % of our immune system may be exhausted[19] by multiple mass vaccines (36 are now required for children). Only 10 % of immune cells are permanently lost when a child is permitted to develop natural immunity from disease. There needs to be grave concern about these immune system injuring vaccinations! Could the persons who approve these mass vaccinations know that they are impairing the health of these children, many of whom are being doomed to requiring much medical care in the future?
Compelling evidence is available that the development of the immune system after contracting the usual childhood diseases matures and renders it capable to fight infection and malignant cells in the future.
The use of multiple vaccines, which prevents natural immunity, promotes the development of allergies and asthma. A New Zealand study disclosed that 23 % of vaccinated children develop asthma , as compared to zero in unvaccinated children.
Cancer was a very rare illness in the 1890's. This evidence about immune system injury from vaccinating affords a plausible explanation for Dr. Clarke's finding that only vaccinated individuals got cancer. Some radical adverse change in health occurred in the early 1900s to permit cancer to explode and vaccinating appears to be the reason.
Vaccines are an unnatural phenomena. My guess is that if enough persons said no to immunizations there would be a striking improvement in general health with nature back in the immunizing business instead of man. Having a child vaccinated should be a choicenot a requirement. Medical and religious exemptions are permitted by most states.
When governmental policies require vaccinations before children enter schools coercion has overruled the lack of evidence of vaccine efficacy and safety.There is no proof that vaccines work and they are never studied for safety before release. My opinion is that there is overwhelming evidence that vaccines are dangerous and the only reason for their existence is to increase profits of pharmaceutical firms.
If you are forced to immunize your children so they can enter school, obtain a notarized statement from the director of the facility that they will accept full financial responsibility for any adverse reaction from the vaccine. Since there is at least a 2 percent risk of a serious adverse reaction they may be smart enough to permit your child to escape a dangerous procedure. Recent legislation passed by Congress gives the government the power to imprison persons refusing to take vaccines (smallpox, anthrax, etc). This would be troublesome to enforce if large numbers of citizens declined to be vaccinated at the same time.
Footnotes:
1 Null Gary Vaccination: An Analysis of the Health Risks- Part Townsend Letter for Doctors & Patients Dec. 2003 pg 782 Mullins Eustace Murder by Injection pg 132 The National Council for Medical Research, P. O. Box 1105, Staunton, Virginia 244013 Gary Null Interview with Dr. Dean Black April 7, 19954 de Melker HE, et al Pertussis in the Netherlands: an outbreak despite high levels of immunization with whole-cell vaccine Emerging Infectious Diseases 1997; 3(2): 175-8 Centers for Disease Control5 Gary Null Interview with Walene James, April 6, 19956 Torch WS Diptheria-pertussis-tetanus (DPT) immunizations: a potential cause of the sudden infant death syndrome (SIDS) Neurology 1982; 32-4 A169 abstract.7 Collin Jonathan The Townsend Letter for Doctors & Patients 1988 abstracted in Horowitz L. Emerging Viruses Aids & Ebola pg 1-58 Harris RJ et al Contaminant viruses in two live vaccines produced in chick cells.J Hyg (London) 1966 Mar:64(1) : 1-79 Horowitz Leonard G. Emerging Viruses AIDS & Ebola pg 48410 Vilchez RA et al Association between simian virus 40 and non-Hodgekin lymphoma Lancet 2002 Mar 9;359(9309):817-82311 Bu X A study of simian virus 40 infection and its origin in human brain tumors Zhonghu Liu Xing Bing Xue Zhi 2000 Feb;21 (1):19-2112 Friedrich F. et al temporal association between the isolation of Sabin-related poliovirus vaccine strains and the Guillan-Barre syndrome Rev Inst Med Trop Sao Paulo 1996 Jan-Feb; 38(1):55-813 Horowitz Leonard Emerging Viruses: Aids and Ebola pg 49214 Horowitz Leonard G Emerging Viruses: Aids & Ebola pg 378-88 Tetrahedron Inc. Suite 147, 206 North 4th Ave. Sandpoint, Idaho 83864 1-888-508-4787 tetra@tetrahedron.org15 Null, Gary Vaccination: An Anatysis of the health risks-Part 3 Townsend letter for doctors & patients Dec. 2003 pg 7816 Classen, JB et al. Association between type 1 diabetes and Hib vaccine BMJ 1999; 319:113317 Brain 9/0118 Incao, philip M.D. Letter to representative Dale Van Vyven, Ohio House of Representatives March 1, 1999 provided to www.garynull.com by The Natural Immunity Information Network19 Rowen Robert Your first consultation with Dr. Rowen pg 20
© 2003 Dr. James Howenstine - All Rights Reserved
Sign Up For Free E-Mail Alerts

Dr. James A. Howenstine is a board certified specialist in internal medicine who spent 34 years caring for office and hospital patients. Curiosity sparked a 4 year study of natural health products when 5 of his patients with severe rheumatoid arthritis were able to discontinue the use of methotrexate (chemotherapy agent) after trying an extract of New Zealand mussels for the therapy of severe rheumatoid arthritis.
Dr. Howenstine is convinced that natural products are safer, more effective and less expensive than pharmaceutical drugs. This research led to the publication of his book 'A Physicians Guide To Natural Health Products That Work'. This book and the recommended health products are available from www.naturalhealthteam.com and by calling 1-800-416-2806 U.S.A.
Dr Howenstine can be reached by E-Mail atjimhow@racsa.co.cr
Posted by Jagannath Chatterjee at 3:31 AM No comments:


Mumps and ovarian cancer: modern interpretation of an historic association

Epidemiologic studies found childhood mumps might protect against ovarian cancer. To explain this association, we investigated whether mumps might engender immunity to ovarian cancer through antibodies against the cancer-associated antigen MUC1 abnormally expressed in the inflamed parotid gland.

Through various health agencies, we obtained sera from 161 cases with mumps parotitis. Sera were obtained from 194 healthy controls. We used an ELISA to measure anti-MUC1 antibodies and electro-chemiluminescence assays to measure MUC1 and CA 125. Log-transformed measurements were analyzed by t-tests, generalized linear models, and Pearson or Spearman correlations. We also conducted a meta-analysis of all published studies regarding mumps and ovarian cancer.

Mumps parotitis may lead to expression and immune recognition of a tumor-associated form of MUC1 and create effective immune surveillance of ovarian cancer cells that express this form of MUC1.
Keywords: Ovarian cancer, Mumps parotitis, MUC1, CA125
Posted by Jagannath Chatterjee at 4:53 AM No comments: 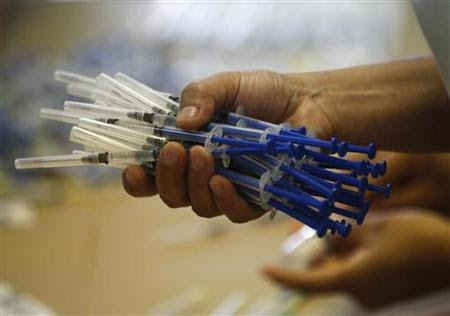